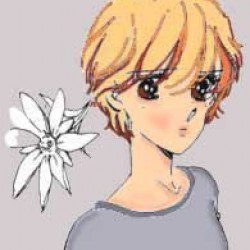 Note: I'm uploading my books from Goodreads and since there are like 200+ it's going to take awhile. The uploading seems a bit wonky too, so hang with me as I fix things. Also there may be spoilers until I can make all the appropriate tags.

I'm an ex-English Major who, sick of reading classics after college, decided to read all the trashy books I didn't before because I was too snobby. Since graduating, I've entertained myself with comics, YA, and romance novels, finding out they can not only be decently written, but superbly written. I've since recovered from my classics aversion, but I'm now more open-minded reader willing to read from any genre. If a book has kick-ass heroines and/or witty banter and/or takes place in a different time or place (including fantasy settings), I will most likely fall in love with it. My favorite authors are Jane Austen, Shakespeare, E.M. Forster, Meljean Brook, Sarah Rees Brennan, Rachel Hartman, Catherynne M. Valente, and Aliette de Bodard.

The Orphan's Tales: In the Night Garden 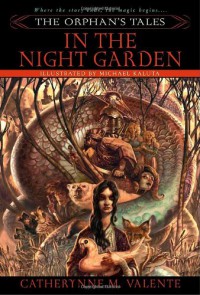 A young girl born with eyes rimmed in black is banished to the palace garden to live out her life. However, when a young prince befriends her, she weaves magical interwoven tales, enchanting and enthralling him.

To describe In the Night Garden is an almost impossible task. It’s a collection of stories at once Arabian Nights and fairy tales and none of those things. The book is split into two larger tales, but each story spawns another story, and each interconnected, not only to the story before, but to other stories and the other tale. It is at once homage to legends and myths and fairy tales, yet at the same time, deconstructs the things we take for granted in those tales (especially with gender, race, and sexuality). There is so much in this book – so many characters, so many stories, so many plots – it takes a while to read. Valente’s fantastic imagination is shown off, as is her heartbreaking insights and dark humor. She draws from many different cultures and traditions to create her own diverse world where the stories occur. And like anything Valente, the world is so unique and fully fleshed out, it’s amazing. Each story is like pulling back layers on the world and a larger story. Her ability to change her authorial voice to each speaker of a story is impressive and really sells the multiple layers to the story(ies).

The reason why I didn’t feel this book was up to the standards of Deathless or The Girl Who Circumnavigated Fairyland… is because neither tale in In the Night Garden was as distinctive nor had the sense of completion of Valente’s other works. Both tales left something wanting. One tale was more traditional, but tied all the loose ends up at the end; while the other, more unique in its subject matter, left some story threads incomplete. The ending is rather abrupt, like the book was chopped off at the end. Of course, there is a second volume and maybe both need to be read as a complete book.

While In the Night Garden isn’t my favorite Valente, it’s still a Valente, which means it is leaps and bounds above most fantasy fiction out there. Unique worlds, fantastic characters and creatures, subverted folklore, humor, heartbreak – what more could you ask for?